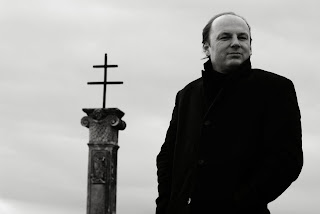 
Wine-ratings are a very delicate issue. Out-and-out subjective, they purport to deliver an objective accuracy right down to the decimal place. And many ratings are the result of comparison-tastings, where many wines are sampled together and described, then given a numerical score.

Since its inception, Roland Velich’s Moric Estate, founded in 2001, has kept itself apart from these tastings. This was not because Roland was unwilling to look his competition in the eye, but rather that he aimed from the very beginning to make a wine whose characteristics were markedly different from the others—and radically new in terms of style. Velich recognised a ‘great grape variety’ in the native Blaufränkisch. He got down to business, making wines harvested from vines nearly 100 years old, realising their potential in wines whose elegance, finesse and spice articulated the great potential of the Blaufränkisch, as well as that of the soils in which the vines grow.

Velich’s wines tasted different from anything else that one had hitherto known as Blaufränkisch. This was—as we know today—the beginning of a new segment in the history of Austrian wine culture. But it also the story of a sensory confusion regarding the nature of language itself. Velich’s wines spoke what was for many Austrian wine-afficionados a foreign tongue. They did not join in the choir of powerful and fruit-driven red wines, muscular cuvées or warm-blooded and accessible drinkers. They spoke their own language; they were marvellously aromatic, with highly developed acidity—adhering less to any sense of style than to their own individual imperatives. Allow the wine to happen — this was far more than just a rough abbreviation of Roland Velich’s basic tenet.

A number of foreign wine critics received the Moric wines rather euphorically. 95 Parker-points (from David Schildknecht) for the Alte Reben (vieilles vignes) Neckenmarkt 2006 represented the highest rating that was ever given to an Austrian red wine. The highly respected magazine Wine & Spirits has named Moric three times among their Top 100 Wineries of the World. European wine-magazine Vinum offered its thanks to ‘legendary winegrower Roland Velich’ regarding his having discovered for the world a new, great red wine: Blaufränkisch.

At home in Austria, folks needed a bit of time in order to incorporate Velich and his style of winemaking into their conceptualisations concerning the very nature of Austrian wine. Wines and critics as well required time to find one another—and to understand each other. But now we can pronounce this development fully realised.

It means a lot to me, says Velich, that our wines are understood and appreciated, here where they come into being. I am very grateful to all of the tasters, that they have engaged themselves to such an intensive degree with our wines.

Posted by james oliver wright at 8:26 AM