a quick view from vienna ~ 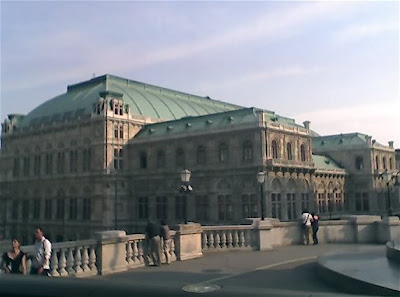 I had a fortaste at Prowein in Düsseldorf a month ago, and saw that the issue separating the men from the boys was one of how one managed to manage the acidity in these wines.

some bottlings were harsh and shrill, some clumsily flat—guess why—and I found a few exquisite examples where the lower yields of the vintage had imbued the rieslings or the grüne veltliner with extra concentration and material.

so I came to Vienna prepared for an acid-bath—and in many cases this was true, but I learned nearly fifteen years ago that not every vintage in Austria is equally good for all grape varieties, nor does it show the same characteristics. The big surprise at the ÖGZ tasting was the quality and depth and downright flavourful generosity of the Weissburgunders. This grape has been given a bad reputation by those fellows in Alsace/Elsaß who allow it to run wild and overproduce. The Austrians—along with their colleagues in the Pfalz—have managed to work in the vineyards in such a way that we enjoy a wine that reminds one of great white Burgundy without the oak.

And, goodness-gracious-me! The Schilcher has been tamed—not in every instance, nor in one special case, but we had a couple of these that earned a solid four-glass rating, where the edges of the West Styrian specialty showed lively, but neither raspy nor raw.

There were many occasions when the known greats performed as expected—it's been fairly consistent that the wines of Willi Bründlmayer and Fred Loimer will impress us, but when a bottle from Dürnberg—also poured with label concealed—holds its own among the aforementioned, that catches our attention.

The widest gulf in quality that one might complain about is evident in the category of sparkling wine. The best—Bründlmayer, Schloss Gobelsburg, Malat—are very fine, also by international standards, but there follows a bit of a plunge into the depths shortly thereafter...

Clear above all is that in 2010 the successful grower was he or she who knew how to follow up their conscientious work in the vineyard with the utmost facility in matters of cellar-technique.

Posted by james oliver wright at 10:31 AM