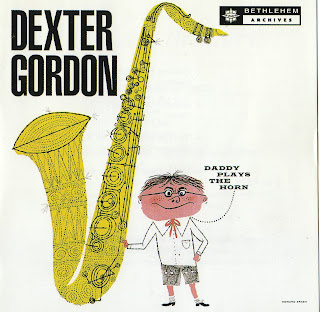 this entirely superb 1955 recording has been pretty well stuck in my CD player most of the summer—
Dexter Gordon is most dextrously accompanied by Kenny Drew on piano, Leroy Vinnegar playing double-bass, with Larry Marable on drums.
Vinnegar figured among the prominent bassists on the west-coast scene in his day, developed his own distinct style of slapping the doghouse—
but the kicker is, this Bethlehem Archives CD release was remastered by a chap named Rick Essig.
Essig is the German word for vinegar.
ach du lieber ~
Posted by james oliver wright at 10:06 AM