~ and another lazy afternoon at Trestle on Tenth... 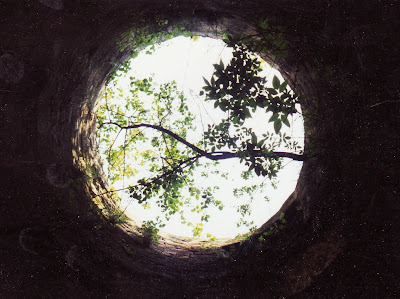 ...this time with my associate Stephan Schindler from California, visionary winegrower Roland Velich from Burgenland, and my colleague & friend Bob Millman...
We went to lunch, and we drank white wine. Real doggone good white wine. The greater part of this white wine had been sitting in my basement for quite a while, patiently waiting for the right gullets to get itself poured down, and couldn’t have found a better set.
Two of these bottles I had hand-carried from Germany, some ten years ago. They both came from Weingut Koehler-Ruprecht in the Pfalz, and dated from the era before Terry Theise started bringing in the big dry wines with any regularity. Back then I used to feed Bernd Philippi’s then-greatest in Germany collection of California Cabs, and would receive in exchange these magnificent and distinctive dry rieslings grown in the Kallstadter Saumagen, a kettle-shaped limestone site (and sight, as well—that really wasn’t too bad a typo) north of Bad Dürkheim.

Weingut Koehler-Ruprecht:
1996 Kallstadter Saumagen Auslese Trocken
1990 Kallstadter Saumagen Auslese Trocken Reserve
The question is recently often asked, how well do dry German rieslings age? Although this experience yielded no definitive answer, it was clear to the four of us Profis that the 96er, although not quite showing as much sheer horsepower as the 90er Goldkapsel Reserve, more than made up for its comparitive lack of weight by showing an enormous agility and vitality. At eleven years of age, it is hard to imagine a more perfectly eloquent wine than this. At somewhere around 13.5° alcohol it imparted no sense of heat; the minerality melded melifluously with a fruit collection that referenced (with more relish than reverence) several lively orchards...
And was the 90er on a downturn, or did the younger wine merely dance circles around it? It showed acid in adequate measure, clean and still voluptuous fruit, some lovely and encouraging old-riesling tones, and a commanding texture on the palate. Hard to say that it was losing anything, but I remember having been awstruck by bottles of this wine, say, ten years ago.
I found an excellent food match for these wines, Ralf’s salmon with fennel—which I also enjoyed on a subsequent visit alongside a Nigl Zweigelt rosé out in the garden...
...and then came a welcome surprise after I asked for the wine-list. One of the biggest challenges I face when dining here with an Austrian winegrower—and Roland Velich is currently in the process of turning Burgenland on its ear, creating a new and finely-tuned idiom of Blaufränkisch—is what kind of American white wine can I feed ‘em? Plenty of American reds, all shapes and sizes, which will prove fascinating and/or challenging to an old-world palate, but white wine from my native land proves itself a problem. (Guzzling Littorai 05 Mays Ranch Chardonnay at Michael’s with Paul Achs was an uncommon occurence...)
...and the answer to this challenge on that date?
1997 Kalin Cellars Livermore Valley Semillon
I hadn’t drunk a Kalin wine for quite a while. Bob pointed out that this was in fact their current release, and so I yielded to my sense of adventure and ordered a bottle. Talk about scrumptious! Oranges and lemons and ginger-snaps with a bit of caramel and cream. Grew in the glass even more than the German rieslings had. Firm acidity and even a bit of mineral underneath. Extraordinarily good stuff. Apparently comes from ancient vines on the Wente estate. To be sought out, relished and prized ~
Posted by james oliver wright at 6:59 PM